April got away from me. No excuses. It was just one of those months that fell into the black hole. However, people have been reading….

C decided, a bit ago, that she needed to reread Percy Jackson. She worked her way through the first series (she said she was a bit afraid at how violent Percy was as as 13 year old! And that Titan’s Curse was a LOT more angsty than she remembered) and is nearly done with the second.

This one has been the biggest surprise. Maybe it’s because M and A have dogged on it for YEARS (it being the weakest in the series), and maybe it’s because C just skipped it the first time around (because of M and A’s bad opinion), but she’s rather enjoyed the book. She says it’s not the best book she’s ever read, but that it’s not as awful as her sisters have made it out to be.

A, of course, is already done with the newest Rick Riordan (yes, we do love him around here). 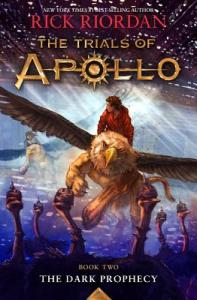 Since I’m a no spoiler sort of person, all I’m letting her tell me is that it’s good.

And K has had a report to do on King Arthur for the school wax museum, so she’s been reading a LOT of books on the legends. She’s become quite a font of knowledge about King Arthur. This one was the most useful, I think: 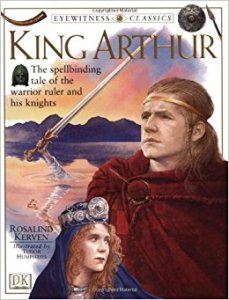 What are your kids reading?