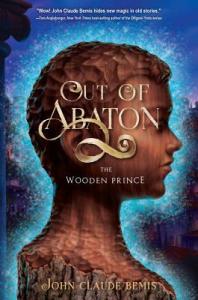 by John Claude Bemis
Read by Ralph Lister
Support your local independent bookstore: buy it there!
Content: There are some scary parts, but not many. I don’t know how it is as a book, but the story is good for 3rd grade and up.

In this magical steampunk retelling of Pinocchio set in a Renaissance-like Vienna, Pinochhio is an automaton, Geppetto is a alchemist, and there are chimera and a magical kingdom ruled by an immortal ruler. All the elements of the story (or at least the Disney movie; I’ve never actually read the story) are there — the blue fairy, the carnival master, the whale (it’s been a while since I’ve seen the movie) — but in an entirely new, and fantastical form.

I think this is one I would have liked better reading than listening to. The narrator was fantastic; it often sounded like an ensemble rather than just one person. But, there were sound effects added in, and they drove. me. nuts. They were super distracting and sometimes gross (really, do we need a sound effect for throwing up?), and sometimes made it hard for me to understand the dialogue.

And, to be fair, I kept fading in and out of the story, so I missed a bunch of the story line. Though, it didn’t really seem to matter. I was a bit disappointed it was a first, as well. I wanted it to be a wholly contained story, but it seems a stand-alone speculative fiction isn’t something that is often written anymore.

It wasn’t bad. It just wasn’t the best experience, either.